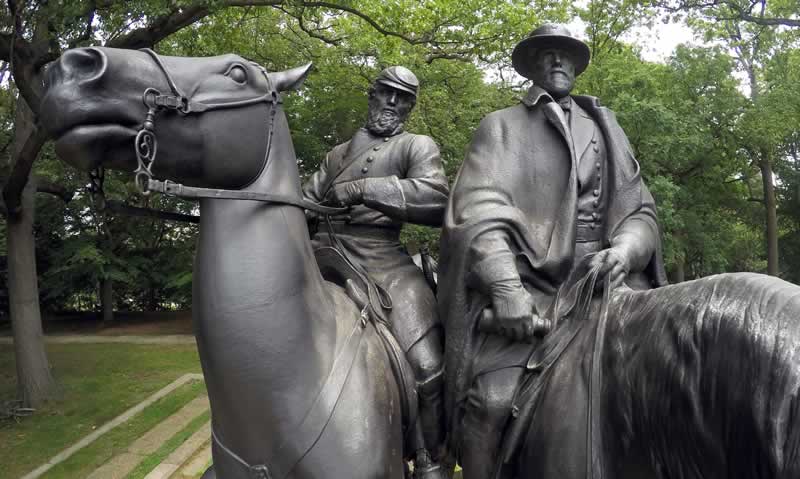 Baltimore Is Now ‘FREE AT LAST’ as Mayor Removes Confederate Statues! Praise needs to be given to the Mayor of Baltimore.

For years the Black community has been under assault by 4 Confederate Monuments. These monuments were relentless in their destruction of the Black family as over 70% of Black children were born out of wedlock.

So terrified by the presence of these monuments, over 60% of Black men in the city could not work a job and found comfort in fathering numerous children with numerous women that they could not feed.

Just knowing that the monuments were there made Black school children have the lowest test scores in the Nation and many turned to drugs to relieve the sting of the monuments presence.

Worst of all, the mere presence of the monuments caused death. Not being able to handle the hate and violence that the monuments represented, the Black males in the city took to killing each other by the thousands.

Just in the last 2 years they have murdered 500 of their own.

Praise be to God and the Wisdom of the Mayor. It is a new dawn for Black Baltimoreans! The shackles have been removed and all that can be said is, Free at last, free at last, Lord God Almighty, we’re free at last”

Bad News about Grandpa!
Lemon Picker
VIDEO: And Kamala Harris Wants to be our President?
Bernie Sanders and the Dems.
VIDEO: Something even a liberal should understand !
Unbelievable sign near Dearborn, MI
So what happened?
CORRUPT: New York Governor Cuomo Unilaterally Declares Parolees Can Vote
No comments yet
Baltimore Confederate statues