Democrats Move To Remove “God” From This Oath – nationalpatriot.org 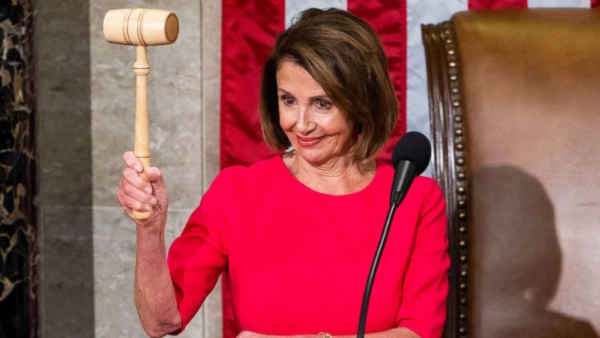 As if the left didn’t already look like they were trying to destroy America, they go and pull a stunt like this.

A key committee in the Democratic-controlled House of Representatives is moving to eliminate the words “so help you God” from the oath administered to witnesses testifying before the panel, as part of a new rules package expected to be approved this week, according to a draft obtained exclusively by Fox News.

The draft shows that the House Committee on Natural Resources would ask witnesses to recite only: “Do you solemnly swear or affirm, under penalty of law, that the testimony that you are about to give is the truth, the whole truth, and nothing but the truth?”

The rules proposal places the words “So help you God” in red brackets, indicating they are slated to be cut. Other rules changes relate to expanding the committee’s authority over natural gas in Alaska and fossil-fuel resources.

While many federal oaths include the phrase “So help me God,” some — most notably the presidential oath of office — do not.

The full committee is set to vote on the new language this week, and the rules would take effect immediately if adopted. Other committees were still in the process of finalizing their rules on Monday.

Republican leaders reacted with dismay to the proposed change, and suggested it was a sign of the Democratic Party’s leftward shift.

“It is incredible, but not surprising, that the Democrats would try to remove God from committee proceedings in one of their first acts in the majority,” House Republican Conference Chair Liz Cheney, R-Wyo., told Fox News. “They really have become the party of Karl Marx.”

Spokespeople for the Natural Resources Committee did not immediately reply to Fox News’ requests for comment. The committee, which has oversight of national parks, wildlife, and energy, is chaired by Democratic Arizona Rep. Raúl Grijalva.

The proposed rules change was not the first time Democrats have sought to strike references to “God” in official party documents. In 2012, the floor of the Democratic National Convention erupted over a sudden move to restore to the platform a reference to “God” and recognition of Jerusalem as Israel’s capital — after heavy criticism from Republicans for initially omitting them. Democrats, though, were hardly in agreement over the reversal.

A large and loud group of delegates shouted “no” as convention chairman, then-Los Angeles Mayor Antonio Villaraigosa, called for the vote. Villaraigosa had to call for the vote three times before ruling that the “ayes” had it. Many in the crowd booed after he determined the language would be restored.

The battle marked the biggest platform fight in either party’s convention, and signaled Democrats were worried the prior language could have been politically damaging in a tight election year.