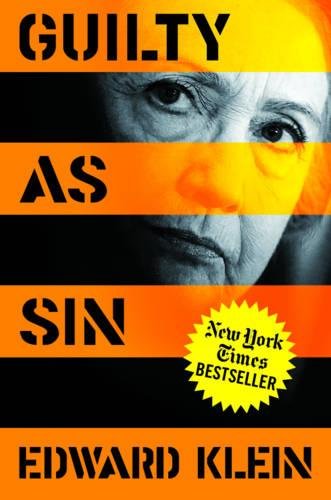 When FBI Director James Comey announced in July that Hillary Clinton would not be indicted for mishandling classified information, America was stunned.

Had the scandal-happy Clintons escaped justice once again? Not so fast, says investigative reporter and bestselling author Ed Klein. There is far more behind Comey’s shocking press conference than meets the eye — and a minefield of email evidence between Hillary and the White House.

In his astonishing new book, Klein uncovers the real story behind Hillary’s email scandals and the dirty political games that have kept her one step ahead of the law – for now.

Klein reveals what the FBI’s team of 150+ investigators really found on Clinton’s server. How Comey originally threatened to resign over White House attempts to intervene in the investigation, and his secret plan to go around the Justice Department if needed. How an unprecedented Congressional investigation during an election year is uncovering new shocking evidence of corruption on a level some would call treason. And what Bill and Hillary still have left in their bag of tricks in their desperate quest to get back into the Oval Office.

I started this book yesterday, and finished it this morning. Once you start it, you will find yourself not wanting to put it down.

I wanted not only answers, but what went on behind the scenes as to “WHY” no indictment.

I was one of many who watched James Comey make his case in listing everything his team of investigators found out during the year long investigation of Hillary’s home server, and her reckless mishandling of some of our Country’s most sensitive Classified info, along with her personal stuff.

When Comey concluded that there would be no indictment, my mouth totally dropped. I wanted to know how could he reach this conclusion??
When you read this book, the author lays out precise interviews of those close to the Clintons, and events as they unfolded.

I was so angry at Comey, and thought he lacked the courage and “other” things (ahem) to appear as to not standing up for the Laws, and caving in to political pressure. By reading this book, you will find out exactly “who” and “why” Comey had to do a total 180 and allow Hillary a pass.

I’m still angry at Comey for not doing the right thing, and standing for the Laws and not Politics! Hillary brought this on herself, and it isn’t a right -wing conspiracy, political theater, or waste of taxpayers money, to get to the truth. We need answers, and not have those close to Hillary taking the “5th”, Whenever, I hear that, I can’t help but think “what are they hiding?”

Anyone who doesn’t agree, needs to see how dangerous it is for America to go down this road. It shouldn’t matter if you are a Democrat,
NO ONE SHOULD BE ABOVE THE LAW!!!!!

This hilarious fanny pack will embarrass you, your family, and basically everyone in the known unive...
Beautiful bamboo USA cutting boards -- see if your state is available!
If you're always losing things — keys, phone, etc. — you need this
Treat yourself to this amazing massage chair
Easily mount your smartphone onto your rifle, fishing rod, hunting bow, and more!
The apron to end all aprons
The best way to have your morning coffee
50,000 volts of non-lethal protection - don't be a victim!
No comments yet
Edward Klein Gifts for Conservatives Gifts for Republicans hillary clinton