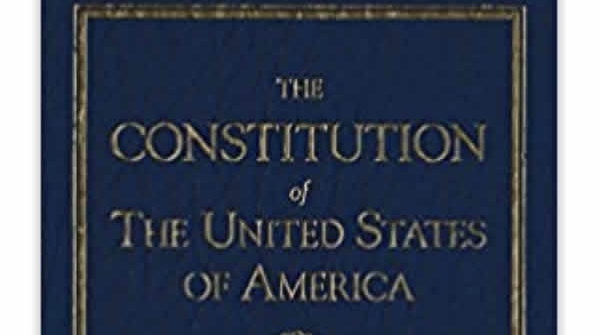 This is the Constitution of the United States of America.

The landmark legal document of the United States, the U.S. Constitution comprises the primary law of the Federal Government.

Signed by the members of the Constitutional Convention in Philadelphia on September 17, 1787, the Constitution outlines the powers and responsibilities of the three chief branches of the Federal Government, as well as the basic rights of the citizens of the United States.

This beautiful gift edition contains the complete text of the United States Constitution, as well as all of its amendments. It is a treasure for Americans of all ages.