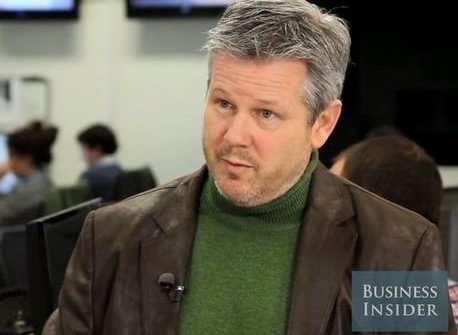 L. Todd Wood, a graduate of the U.S. Air Force Academy, flew special operations helicopters supporting SEAL Team 6, Delta Force and others. After leaving the military, he pursued his other passion, finance, spending 18 years on Wall Street trading emerging market debt, and later, writing. The first of his many thrillers is “Currency.” Todd is a contributor to Fox Business, Newsmax TV, Moscow Times, the New York Post, the National Review, Zero Hedge and others.. For more information about L. Todd Wood, visit LToddWood.com.

ANALYSIS/OPINION:
I know of no white person alive today in the United States who has ever legally owned a black slave, or any slave for that matter. Almost 700,000 mostly white men died 160 years ago to end slavery. Jim Crow ended generations ago. Yet black America, for the most part, is still locked in inner-city gang violence and economic hardship. Why?

No, unfortunately, it is because of black culture and the adoption of Democratic Party government dependency.

We have just had eight years of the first black president. Black athletes, and entertainers, routinely earn multi-million dollar incomes. I can easily name several black billionaires without even trying too hard. A large percentage of black America is very successful. But, it is not enough. Too many black youth are being left behind.

And it is no one but black America’s fault.

No one can solve this problem but black America. No one can throw enough money at it. We’ve tried that. Black America needs to look in the mirror and stop blaming others, especially white people.

I am obviously white and conservative, and I served in the military, which, during my time, was as color blind as you could be. I can also honestly say I don’t give a damn what color your skin is, neither do any of my friends. I do care about your actions.

Blacks are around 15 percent of the population. Depending on what study you look at, they commit around 40 percent to 50 percent of violent crime in America. Of course, there is going to be a problem with police. And, of course, there are some bad policemen. However, those bad apples do not kill black people statistically anymore than they kill white people. Even Harvard said that recently. If you were a cop, and you had to work in a neighborhood infested with crime and murder, wouldn’t you act differently than in a neighborhood where there was little crime? The most effective thing black America could do to improve its relationship with police is to significantly reduce violent crime where they live. Yes, that means change the culture of where you live and your community.

I for one am tired of being blamed. I am tired of dealing with people who only want something from others. I don’t oppress anyone. I don’t hold anyone down. I’m tired of getting on the D.C. metro and seeing white people being harassed by roaming gangs of black youth with their pants around their knees. Yes, you want a white person uncomfortable? That makes me uncomfortable. It’s our nation’s capital and it’s embarrassing.

Blacks have nothing but opportunity in America. Try finding the same opportunity anywhere else in the world. If you are born in America you’ve won life’s economic lottery. Take advantage of it.

The problem is this generation has been taught an agenda of cultural Marxism by our education system. They’ve been taught to be a victim, and it’s still going on. All you have to do is watch the young black, female student at Yale screaming at the college president to understand that. Blacks in America don’t even know how good they have it .

Don’t kneel when my anthem is played. Too many people died for that flag. You are free to protest but not then.. I am free to not watch, or pay to watch you play if you do that. The NFL should make it a rule that you stand for the national anthem. There is no free speech to disobey a private employer on private property.. This would solve the problem immediately.

The NFL has deeply offended most of America. They will pay an economic and reputational price, as they should.

We have a real cultural problem in this country, the result of the Leftist multicultural agenda. Multi-ethnicity is perfect and should be encouraged. Having more than one American culture is destroying the country But then again, that is what the Left wants.

The average income for Americans would go UP over $20,000 a year,
BUT DEMOCRATS WOULD LOSE 76% OF THEIR VOTING BASE!!!
And, many criminal defense attorneys would have to find another line of work!
Yes, Black lives DO matter!