ER workers on gang violence: ‘We’re in a war zone, too’ – nationalpatriot.org 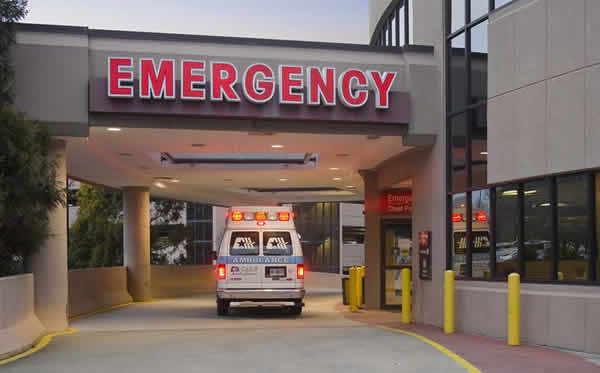 When two women were shot standing outside Chicago’s Mount Sinai Hospital the other night — waiting for news of a relative who’d himself been shot earlier — a witness asked a Tribune reporter: “What kind of city do we live in?”

The next day the hospital was locked down because of a virtual riot in the lobby.

Chicago is heading toward a mayoral election year so City Hall insists that crime is down. But ER workers — the nurses and doctors who deal with threats and angry families and friends of gang members — know different.

It’s only May. The violence is ramping up.

“We see so much sadness, we work with good people, our Sinai family, and we have many patients who are, well, patient,” a Mount Sinai nurse told me. “But there’s the other side. Every night nurses are verbally abused, physically threatened, spit on. It’s a constant barrage. It can get scary. They say, ˜I’ll get you after work.’

“And this shooting that happened just the other night outside the hospital? It happened right where I get picked up after work,” the nurse said. “It’s the law of averages. It’s a roll of the dice with gangs out of control. That’s my life, man.”

As Chicago is again forced to confront the facts of a depleted police force and the gang wars heating up, I put out the question on social media: What about the hospital workers?

“Mount Sinai is the worst because the ER is right off the street,” said a Chicago paramedic. “You’ve got the families angry when their kid is killed, they’re angry, pushing, some threaten the health care workers. It’s insane man. There’s so much anger out there. It’s chaos.”

I’m not identifying those I interviewed by name. I wanted them to speak freely, without a corporate suit in the room to intimidate them while taking notes.

But I also spoke with Jeff Solheim, president of the Emergency Nurses Association, which represents 43,000 ER nurses internationally.

Solheim was in Washington on Tuesday pushing for legislation that would require hospitals to report workplace violence and determine security protocols. He said studies show that most if not all ER nurses have been subject to some kind of verbal or physical abuse, from being spat on to being seriously injured.

“Look what happened in Chicago,” Solheim said. “We need a safe environment for us and our patients. People shouldn’t have to fear for their lives when they go to work.”

From the Chicago Tribune

You won't believe this!!!
VIDEO: So, you deserve $15.00 an hour?
VIDEO: The sad truth about our media!
VIDEO: Facts never matter to liberals !
A special letter!
VIDEO: The fall of Chicago, or why liberals should not run our country!
VIDEO: Coming to the USA on fake passports!
VIDEO: Proof that Hillary should be in jail!
No comments yet
Chicago gang violence